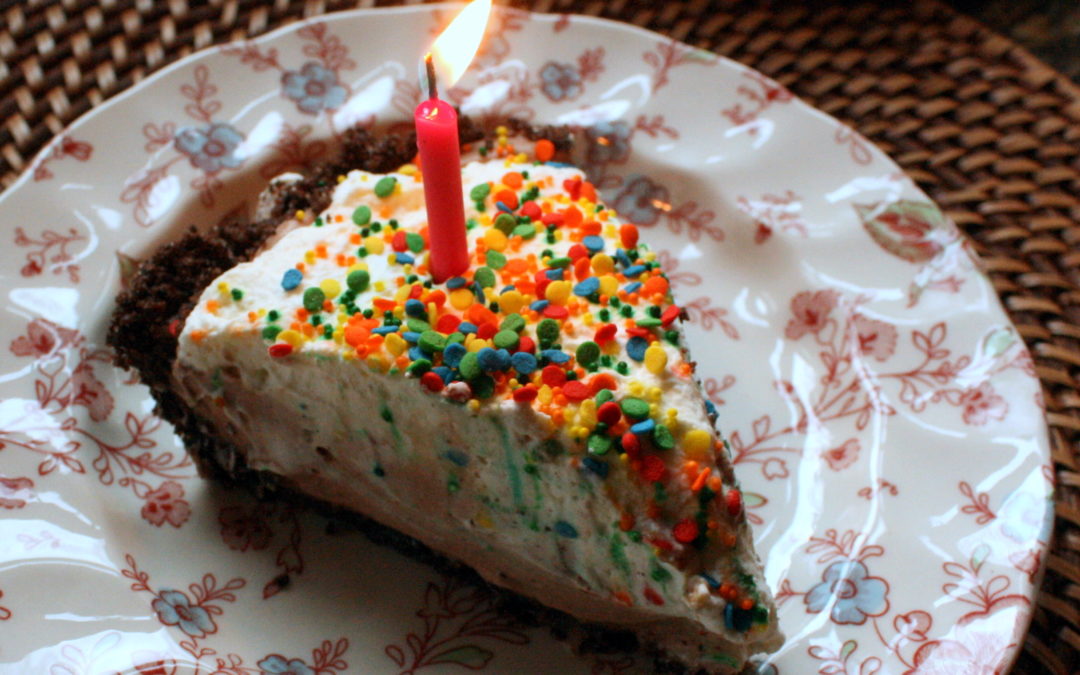 It’s a day I will never forget. How could such a normal evening escalate so quickly? One minute we were enjoying free pie, and the next we were waiting for the cops to arrive. How did this happen you ask? Let me back up and start from the beginning.

For many, a birthday symbolizes a day filled with joy and celebration of life. However, not everyone shares those same experiences. For James, today marked a whirlwind of gut wrenching emotions and traumatic memories. In order to combat the difficulty of this day, James was encouraged to start a new tradition in hopes of creating some happy memories on his birthday. He decided he wanted staff to get a small group together for a relaxed dinner.

I picked up James, Sophia, and Nick for a quiet birthday celebration. We went to his favorite restaurant where he is known as a regular customer by name. He was elated to be served by his all-time favorite waitress. There was not a single moment of silence during dinner. Every second was consumed in carefree conversation and sprinkled with laughter. The restaurant owner could not help but notice our cheery table and asked what we were out celebrating. Words cannot describe the joy of James’ smile when the restaurant owner gave us free pie after hearing about our reason for getting together.

After dinner, we loaded up in the minivan and I began taking members home. Sophia invited us inside her apartment to take a quick look as she had just redecorated. She led us around to the backside of the apartment building where her front door was located. While walking towards her apartment, James noticed a black cat tied to a wooden bar stool in the neighbor’s yard. Upon closer examination, we noticed the leash was tangled around the chair limiting the cat’s mobility. James valiantly volunteered to approach the cat in an effort to free up the leash. Sophia warned us that her neighbor can be rather rude, but she was willing to approach the cat with him as long as they did it together. James and Sophia made it about three steps before the skittish cat hissed and lunged off the chair dragging the bar stool through the yard leaving a destructive wake of dirt.

Sophia’s drunk belligerent neighbor came barreling out of his apartment and began storming towards her while calling her every censored name in the book. Remember learning about fight or flight response? Well Sophia stood her ground and was ready for the fight of her life. Meanwhile, James and Nick were already halfway to the car. My mind was racing and yet time seemed to be moving in slow motion. I was extremely concerned for Sophia’s safety, but I felt helpless knowing my mace was inside the car. I darted around the corner to grab my mace while trying to think of how I would be able to break up a physical fight using my rather small frame. Right as I was about to desperately dig through my bag, she dashed around the corner holding the phone up to her ear.

I asked if she was okay and she said she was on the phone with 911 and the cops will be here soon. Sophia explained that her neighbor acts like this all the time and she is sick of it. She asked us to stay with her until the cops arrived. About 20 minutes later, red and blue lights filled the parking lot. Each one of us talked with the cop and shared our perception of what happened. Close to an hour later, we said goodbye to Sophia and dropped Nick off. After meeting Nick’s pug, we said goodbye and headed for James’ apartment.

I was feeling utterly defeated by this point of the evening. I felt honored that James picked me as the staff he wanted to facilitate this important event, and I was horrified by how it turned into an absolute train wreck in the blink of an eye. While driving to his apartment, my inner thoughts screamed “say something, you need to fix this”, but no matter how hard I tried, I couldn’t form the words. I put the van in park and silently waited for James to exit the vehicle. I’ll never forget how he slowly looked up with a soft smile on his face and said, “This was the best birthday I’ve ever had.”

The van door shut and I drove away with tears welling up in my eyes. The evening may have taken an unexpected turn, but James was already smiling while reflecting on the events that transpired. So many lessons were learned that night. Lesson one – always call for backup when you see a cat in distress. Lesson two – you have no idea what someone else has lived through so be kind. And lesson three – I am grateful for the opportunity to make a positive difference in people’s lives…and I experienced it firsthand that night.